Go To Application
Responsibilities as an MMJ/Anchor will include reporting, shooting, and editing news stories, enterprising story ideas, developing contacts, as well as other responsibilities as assigned. Will be expected to produce daily content on a variety of platforms including the internet, social networking sites and mobile phones, in addition to television. Individual must also have knowledge of non-linear editing systems, and field camera operations. This position will report to the Assistant News Director & Executive Producer.
• Responsible for shooting, writing, and editing daily stories, as well as gather material to contribute building the rundown.
• Position includes anchoring weekend newscast and filling in when needed during the week.
• Responsible to assist in the production of the live broadcast.
• Responsibilities also include keeping up to date on current events and news in our state.
• MMJ/Anchor will be expected to participate in community events and station activities from time to time as master of ceremonies and/or Host as requested by the station.


• Minimum 2 years of experience working in Spanish market broadcast television.
• Be informed on news events locally and nationally.
• Develop and maintain a network of contacts providing access to exclusive stories.
• Assist producer in establishing sources, finding and executing enterprise news investigations, building and maintaining strong list of story ideas.
• Ability to ad-lib and improvise effortlessly in various types of on air situations.
• Able to work well under pressure and meet deadlines.
• Bilingual (English/Spanish) required both written and verbal.
• A high level of skill and mastery of the Spanish language is essential.
• Interested candidates must submit a resume/CV online to considered at nbcunicareers.com

Here you can be your authentic self. As a company uniquely positioned to educate, entertain and empower through our platforms, Comcast NBCUniversal stands for including everyone. We strive to foster a diverse and inclusive culture where our employees feel supported, embraced and heard. We believe that our workforce should represent the communities we live in, so that together, we can continue to create and deliver content that reflects the current and ever-changing face of the world. Click here to learn more about Comcast NBCUniversal’s commitment and how we are making an impact. 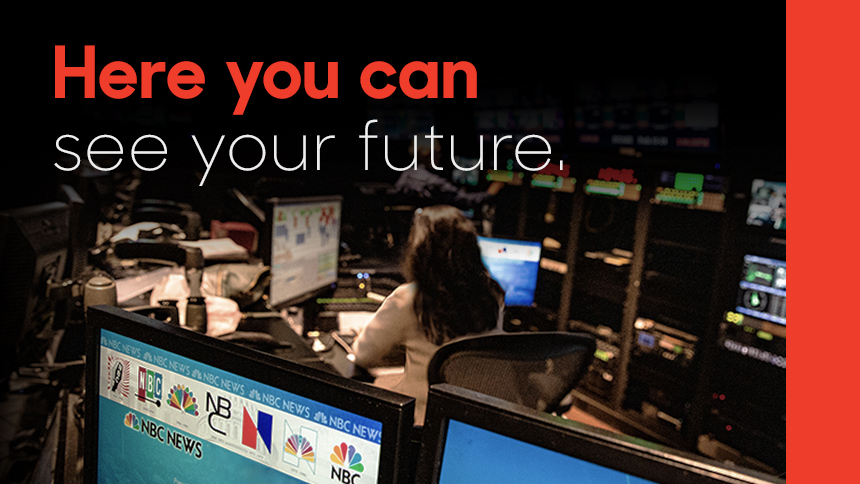 Content is the cornerstone to all we do, and our audience is why we do it.

Media Jobs For You