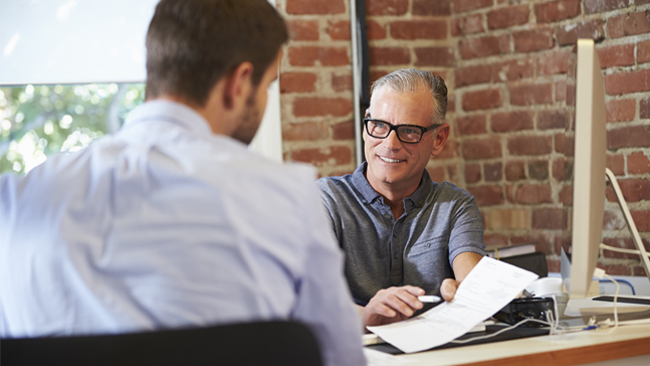 One of the biggest job interview fears is getting a question you didn’t see coming: not a “trick” question sadistically designed to trip you up (which rarely happens), but a strategic question meant to squeeze between your talking points to solicit a more honest, and often awkward, truth.

Handling these queries well requires anticipating the topics the hiring manager will likely be interested in, and preparing your answers in advance. 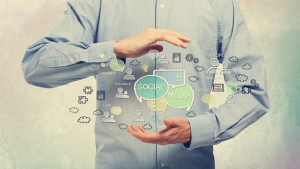 So prevent those “ums” and “uhs” and check out how job experts recommend you tackle seven such zingers.

1. “Why did you leave your last position?”

This is particularly tricky if you just got fired or quit shortly after being hired, but it is still possible to leave your interviewer’s office with your reputation intact.

“If you were part of a downsizing, layoff or reorganization, it’s safe to be honest about that,” says Tiffani Murray, human resources consultant and author of Stuck on Stupid: A Guide for Today’s Professional Stuck in a Rut. “You won’t be the first candidate in this situation a recruiter’s encountered.”

If you must share details about your last job, try to blame things that were out of your hands, such as a lack of growth opportunity, the position changing dramatically after you took it or the functions being misrepresented during your interview.

Personal and corporate branding expert Steven Mason recommends positioning the old role as one that “didn’t enable the company to take full advantage of your talents and passions.” In other words, you were being under leveraged.

No matter what explanation or diversion you choose, it’s best to be honest—not just for your conscience, but for your career.

“Transparency is the best policy with these types of questions,” says Matt Tovrog, a partner at Bell Oaks Executive Search, “because a former boss can easily be contacted as a reference check.”

“Everyone has a story to tell,” she says, “but you need to practice your story so that it sounds accurate, believable and is still succinct.”

Caroline Ceniza-Levine, career coach with the firm SixFigureStart, recommends drawing attention away from the presence of gaps by talking about how you filled them.

“Focus on what you gained during the gaps and not the problems that caused the gaps,” she says. “If you were laid off, of course, mention it but then move on.”

Suki Shah, co-founder and CEO at GetHired.com, suggests avoiding details about your job exits and quickly turning the conversation to how you’ve remained relevant by attending classes, volunteering and doing freelance work during your unemployment.

This is a game called “Who’ll Say a Number First?” The trick is not letting it be you. “Whoever speaks first loses,” says Andrew Schrage, founder and hiring manager at MoneyCrashers.com. “Do your best to make the HR person throw out a figure first.”

Most experts say offering a range is a better idea than stating a hard number, but do some research first so you can start the range at the right place.

“We recommend always quoting a preferred salary range with the bottom of that range no lower than your current salary or that being advertised,” says Jessica Bedford, inbound marketing manager at Parasoft.

Ceniza-Levine reminds her clients to tie salary expectations to the new role, not your old one. “If your past role is very different from this upcoming one, then point that out,” she says. “You should anchor the new salary to your new job.”

Also know how big a range you can offer. “The range should be realistic based on current salary,” says career management coach Bettina Seidman of Seidbet Associates. “For example, a range can be as small as $15,000 if you earn under 60K, or around $50,000 if you earn over 100K.”

When it comes to expressing likes and dislikes professionally, Mason offers this rule of thumb: “Likes should always be things that highlight your skills and abilities,” she says.

“Dislikes should always be things beyond the control of you and the company: ‘It was a great opportunity, but winters in Barrow, Alaska, are just not for me.’”

While it can be tempting when asked about your previous boss or employer to let the dirt fly, stay mum. “You’ll scare interviewers if you badmouth your last job,” says Mark Swartz, author of Get Wired, You’re Hired! “It shows you might do the same here.” Instead, bring up some positives about your previous employers, then tie in the reason you left to show how this new opportunity is the one you’ve really been looking for.”

5. “Do you like to work independently or as part of a team?”

The goal is not to pigeonhole yourself as exclusively one or the other. Executive coach Ronald Kaufman, author of the book Anatomy of Success, recommends the word “adaptable,” as in “I’m adaptable, so whatever works best to achieve the goals is how I’d proceed.”

Schrage advises targeting the answer to the obvious needs of the company, but always saying you’re “a team player who enjoys collaboration” anyway. “Regardless of the position, no one wants to hire a hermit,” Schrager says.

Mason says, “This is one of those trick either/or questions. The right answer is: “I’ve never seen those as opposite choices. Almost all jobs require independent work and teamwork. I enjoy both.’”

6. “What would your former co-workers or boss say about you?”

Keep it positive here, naturally. “This is not the time to be humble,” Swartz says. “When asked what your friends and former co-workers and former boss say about you, it’s time to blow your own horn.”

But to make it sound realistic, stick to personal attributes more than professional accomplishments. “Trustworthy,” “dedicated,” and “approachable” are strong, but “effective” and “goal-oriented” seem cold, as if people didn’t like you. Approach it as if you’re describing the qualities of a good friend.

Your best bet is to use actual quotes from past reviews or LinkedIn recommendations (start asking for them now).

“You want to be honest because if you embellish, this could always come back to bite you in the reference check portion of the interview process,” Murray says.

7. “What’s the biggest mistake you’ve ever made at work?”

This zinger is a sibling to the classic question, “What’s your biggest weakness?” The key is to shift the focus from something you did wrong to something your team could have done better.

“Never openly admit to a mistake that might have caused damage to a client relationship or delayed a project,” says Murray.

“Speak more in terms of lessons learned from successful projects. Point out a learning experience that was beneficial to both you and the company.”

However you approach these questions, one final, crucial tip is this: Think before you speak. “The most important thing to remember in the actual interview is to take your time,” says Bedford.

“It’s okay to consider the question for a moment and think of an answer that truly shows who you are and what you bring to the company’s culture.”

If you can pull that off, then even a handful of tricky questions can’t stop you.

Get a Media Job, Get Hired, Interview Tips