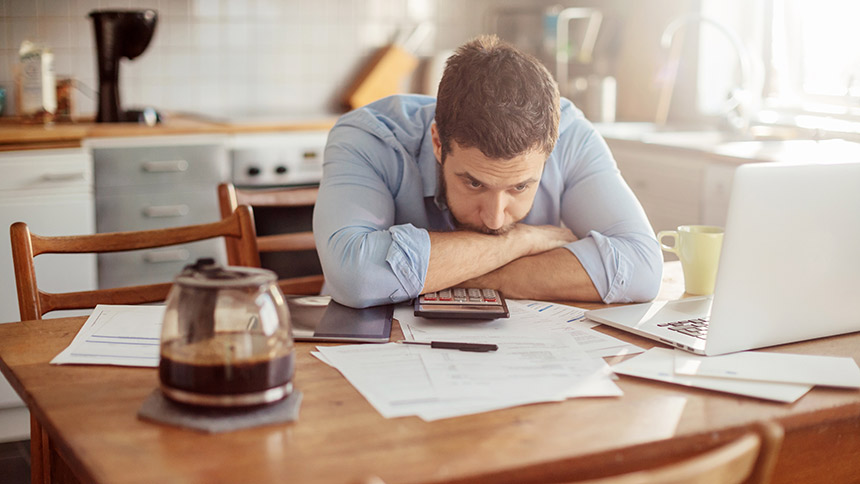 There’s a strange dichotomy of time in the life of the average freelance writer. Your days operate around deadlines, so you rush to interview, rush to write, rush to finish and rush on to the next thing topping the perpetual to-do list. But when the work is done, there’s often a slow-as-molasses timeframe for payment to materialize. Somewhere in the universe, a check with your name on it awaits, unsigned and undeposited. When it will manifest is anyone’s guess. 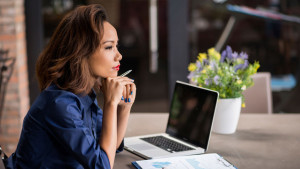 After writing for the same magazine for years, what happens when payment becomes sporadic and you take them to small claims court? I’ll tell you because it happened to me.

Just Happy to Be Working

Early in my freelancing career, I was just a starry-eyed writer trudging into a thankless day job in the communications department of a nonprofit and gleefully plunking out magazine articles when I got home. I was doing what I loved, albeit on a part-time basis, and the paycheck made it all the more sweet.

My bailiwick is women’s interests, particularly black women, but the pool of print pubs serving that market is awful small. Imagine my delight when an editor from one of the notables—you know, the ones that line the grocery store check-out—invited me to write a story. I can’t remember if my initial contact with her was a cordial pitch rejection or if she responded to a cold email I sent expressing interest in writing. But I do remember the subject line: “An Assignment for You.”

It was a short, front-of-book news piece on the trending privatization of public institutions. According to her email and the contract that followed, I had a month to write the story and, as the legalese stipulated, I’d be paid 30 days after the issue hit newsstands. I nailed it. She gave me another assignment, this time a lead news feature about celebrity moms’ business ventures. I nailed that one, too.

There was no indication in those initial months, then years, that I would eventually be plotting to Spiderman crawl up the walls of their corporate office building just to get my money. For a while, there was never a more contented girl who typed a byline. From then on, I was writing almost monthly, sometimes for multiple departments in one issue because she passed my name on to other editors. I covered news, spirituality and relationships, sometimes pitching, sometimes taking assignments. And, during the course of all these interactions, I built friendly working relationships.

Two or three years after I started freelancing for said publication, I was laid off from my day job and decided to try my hand at full-time freelancing. That feast-or-famine phase made me notice that I hadn’t seen a check from the mag in quite some time. I’d gotten caught up in the rhythm of submitting stories and wasn’t being attentive to my pay schedule. When I added up the balance, it came to almost $3,000.

I emailed my editor to explain. “Oh my goodness,” she wrote back, “I’m so sorry! Send me all of the invoices and I’ll get them to accounting right away.” I was hopeful because the missing payments would’ve been enough to appease the bill collectors and maybe even pay a few things on time. With confidence in her promise to help, I continued to take assignments. But as more check-less time marched on, I prodded my editor for updates:

“By the way, have you heard anything yet about the money?”

“Hey, I’m just following up on those invoices. Any word?”

Our messages over the course of the next few months proved we were equally bewildered. She couldn’t seem to make any headway as the go-between, so she gave me the email of the paycheck mistress at the corporate office. We’ll call her “Cathy.”

I peppered my initial email to our dear friend Cathy with gentle words, even a smiley face, because my goal wasn’t to piss her off or make her defensive. Despite their slow-to-pay tendencies, I didn’t want to burn the bridge. I emailed her once. Twice. Maybe about six or seven times over a month and a half. Finally, she responded. This is the only proof I got that she did in fact live and breathe:

“Janelle,” she wrote. “Unfortunately, corporate is behind in cutting checks. I have sent your information and will send another email stating your inquiry of payments with hopes they will be able to give me a definite date as to when they will be cutting outstanding checks. I apologize for the delay, but please note that I do not handle cutting checks. I will inform you of their response as soon as I receive.”

Translation: We’re late, but stop filling my inbox with your pestering because frankly, it’s really not my job to worry about your checks.

In addition to emails, I called and left polite, then progressively less polite voicemails.

By month two, my effervescence waned.

“Cathy, this is Janelle. I still have not received any communication. I need to know where the payments stand.” No ‘thank you’ this go-round, I sniffed. That’ll show her.

After two more months, without any response whatsoever, I let my irritation have its way.

“Cathy, I have tried repeatedly to get in touch with you about money that is due to me for work I’ve already done. I’m sure you’re not in the business of working for free. Neither am I.”

Finally after months of trying, when my editor reached out with an assignment for me, I had to turn it down.

Jackpot! I Can Finally Pay My Bills

It’s a blessing to have virtual friendships with most, if not all, of my regular editors, and in a random conversation with one from another publication, I mentioned this particular magazine. Turns out we had both freelanced for them and she had a hard time wrangling her check from them, too. She’d taken them to small claims court.

Now, aside from what I’d seen on episodes of Judge Judy, I knew zilch about this legal process. I wore Google out looking for information on how to do it. I learned where the magazine’s mystical corporate office was located and contacted the small claims division for that county. I needed to factor in not only court fees, but travel expenses in case I actually had to make the journey from my home in D.C. to the plaintiff in Atlanta, but my editor friend (or “frienditor” as I like to say) assured me that once she filed her case, they reached out to her immediately.

She was right. The papers were filed in the morning and an attorney for the magazine called me by early afternoon. I’d since landed another day job, but I’d never given up on getting that money. I worked for it, I earned it and I was never, going to turn down a lump sum of three grand. After all of the time that had elapsed—by now, more than a year since I sent that initial email to my editor—it was just as much about the principle.

After all of the time and energy it took to get to the point of signing my name on the back of that little watermarked piece of paper, I had my money the next day. The lawyer was very pleasant, very apologetic and very willing to cough up the money owed to make this nasty little incident go away. “I’m soooo sorry you had to experience this,” she gushed over the phone. “Please send me your address so we can overnight you a check. I’m also sending you a release form to sign, so please send that back to me, as well.” I appreciated her apology and the fact that she sounded genuinely horrified about my experience.

The Moral of the Story

The fact that it took me the better part of a year to realize somebody in the world owed me almost $3,000 is my fault. I’ll admit it: I kept crappy books. My hatred of math and its companion evil, accounting, gave me cause to do bare-minimum bookkeeping. Typically, if numbers are involved, my eyes glaze over and my mind goes blank.

Sticky notes were my spreadsheets and even those weren’t checked often. I signed contracts and tucked copies into a manila folder, so focused on the creative part of writing, which I love, that I neglected the administrative side of my business, which is necessary.

I should’ve stopped writing for the mag much sooner than I did. My beef was with accounting, not my editors, but essentially working on a verbal promise to pay was a bad decision. Since this experience, if I’m owed more than one check, I wait until I get it before I even consider churning out so much as a headline.

A lot of writers worry that legal action—even the threat of it—will make them seem difficult to work with, strain their relationships, perhaps get them blacklisted. I think, as long as you’re diplomatic and professional in your attempts (meaning not blasting them on Twitter) no other magazine would frown upon a writer actively pursuing what’s already due to them. If a publication doesn’t pay on time, it’s not a relationship worth holding on to anyway. And if another takes umbrage with a writer demanding their money, that’s not a relationship worth building in the first place.