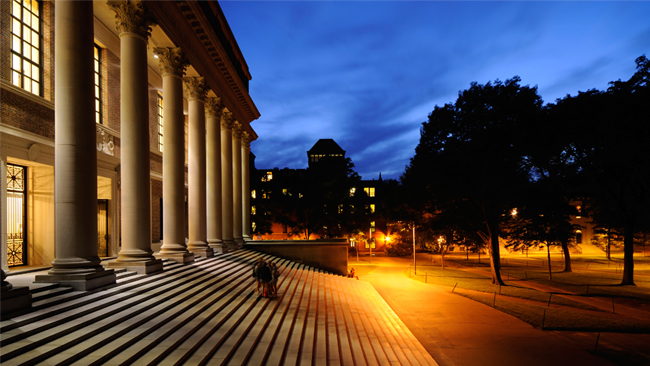 For a working journalist, a fellowship from a university or foundation can be the best thing to reinvigorate your career, providing funding and other assistance for reporting projects, study and travel.

Unfortunately, applying for them is kind of like dating: lots of different options, some with longer-term commitments than others and rejection is almost inevitable. 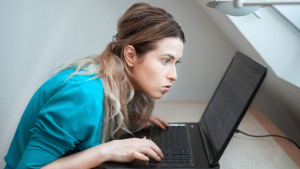 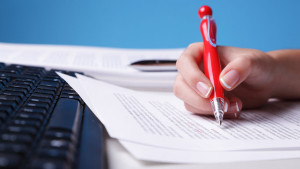 “We’re impressed by applications that are sincere, that show there’s been a lot of thought put into the essays and where the applicant demonstrates a genuine passion for their work and for learning, because that’s really what this [year’s program] is about,” says Ann Marie Lipinski, curator of the Nieman Foundation for Journalism at Harvard.

The Nieman Foundation awards several fellowships each year, including its flagship Nieman Fellowships, which allow journalists to spend an academic year studying at Harvard while receiving a healthy stipend in addition to tuition and other benefits.

Meanwhile, John S. Knight Fellowships give journalists the opportunity to study at Stanford, Knight-Wallace fellows study at the University of Michigan, Knight-Bagehot fellows study at Columbia, and several organizations, including the International Center for Journalists and East-West Center, offer shorter-term fellowships as well, often focusing on subjects or geographical regions.

Regardless of the program you’re applying for, here’s how you can stand out in an increasingly competitive crowd.

Micheline Maynard, a former New York Times correspondent and author who has held Knight-Bagehot, Knight-Wallace, Japan Society and Hoover fellowships and is a Reynolds visiting professor of business journalism at Central Michigan University, describes journalism fellowships as “part of the learning continuum.”

Fellowships should build on the work you’ve already done in your career and provide you with new knowledge or skills for future endeavors.

Maynard has used her experiences to study at an Ivy League university, work on books and to develop a more international perspective by living abroad. “I would not be the journalist I am without the fellowships I’ve done. Every one taught me something and opened my eyes,” she says.

For many journalists, the path toward a fellowship can begin years before an application is submitted. “I had been thinking about it for a couple of years by the time I finally sat down to write my essays,” says Lipinski, who did a Nieman fellowship in 1990.

That doesn’t necessarily mean you need to spend months tweaking your essay, but you should put time and effort into seeking strong letters of recommendation and making well-researched and realistic proposals.

You also shouldn’t wait until the last minute to get started or to figure out the quirks of online application systems.

Aisha Sultan, a St. Louis Post-Dispatch parenting columnist and Knight-Wallace fellow, recommends asking former fellows how they made themselves stand out in their applications and interviews. “Don’t discount anyone’s experience,” she says.

Depending on your relationship with the person, you could also ask for a letter of recommendation or an email to the program director. “Directors and selection committees are impressed with big names, but they are just as likely to appreciate a letter from someone close to the program,” Maynard says.

If you don’t personally know any fellowship recipients, NPR consultant Doug Mitchell, who has been both a Fulbright Scholar and Knight International Fellow, suggests using social networks to figure out which of your contacts might have an “in” to a program and ask for introductions.

He also recommends looking closely at the backgrounds of past fellows, which are often readily available online.

“There’s usually some kind of guiding principle to the acceptance of fellows, and you can usually ascertain at least some information about what that is by looking at a list of fellows.”

Sultan sees the fellowship application as one opportunity for journalists to showcase their reporting skills.

“You have a lot of opportunities to highlight what you can do as a reporter from the people you talk to, your knowledge of the institution you’re applying to and the amount and quality of research you put into your proposal.”

She recommends being specific about classes you would take and professors you may want to work with as part of a fellowship. “The more that you do to set up your own path, the better it will look to a selection committee,” she says.

Maynard suggests telling a personal story. “Don’t write your personal essay as if you’re summing up your resume,” she says. “Choose an instance when you did or learned something that affected the rest of your career.”

Patrick Butler, vice president for programs for the International Center for Journalists, urges applicants to proofread closely. “These are journalism fellowships. If you’re sloppy, and if I as an editor wouldn’t want to run your work, I will take that into account in deciding whether you should receive a fellowship,” he says.

Birgit Rieck, assistant director of the Knight-Wallace fellowship program at the University of Michigan, recommends getting the opinion of someone who knows you well but isn’t your best friend.

“You want to know how you’re coming across, because you want the selection committee to get the right idea of who you are when they read your application.”

6. Come up with a doable project

Some projects sound great but are far too ambitious, dangerous or simply not feasible to pull off within the confines of a fellowship program.

“We look for applicants that are both ambitious and realistic,” says Jim Bettinger, director of the John S. Knight journalism fellowship program at Stanford. “We look for evidence the person can actually do what they’re proposing to do.”

That can mean having technical or language skills. “Sometimes people have this idea that if they just come to Stanford there’ll be computer science geeks falling over to work on their project, but that’s not necessarily the case,” Bettinger says.

“You have to show in your application that you have the skills to do what you’re proposing and that you are the right person to carry it out.”

It can also mean being able to safely carry out the project being proposed. “Some regions people are proposing reporting on are tightly controlled, and applicants aren’t fully taking the dangers or required resources into account,” ICFJ’s Butler says.

Sometimes it isn’t you, it’s them

Don’t let a rejection letter stop you. Sometimes all it takes is a second or third try.

It also may not be the quality of your application that’s holding you back.

“I’m looking to put a class together that’s going to form a really dynamic year for each of them,” the Nieman Foundation’s Lipinski says. “We don’t want everybody coming from similar backgrounds. We want a rich diversity of experiences and interests.”

That’s something applicants can’t sway, so Sultan suggests accepting it instead. “You can’t take it personally if you don’t get picked,” she says. Sometimes it’s just completely outside of your control.”