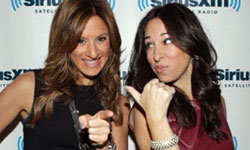 Between the two of them, Melissa Musen Gerstein and Denise Albert have racked up quite impressive credits as television producers for such highly rated shows as Good Morning America and Anderson Cooper 360.

But after they became mothers, each had a yearning to branch off and start her own company. The result was what is now The Moms lifestyle brand, based on encouraging honest and sometimes-controversial conversations about parenting.

Gerstein and Albert started the Carrie Bradshaw way in October 2009 with a newspaper column called Moms in the City. A year later, thanks to a grassroots email campaign and their TV connections that helped them nab interviews with celebrity parents, they got booked on local news programs and eventually landed a TV show on NBC. These days, Gerstein and Albert have a weekly “MOMmentary” show on Sirius XM Radio; they host star-studded Mamarazzi events and Fashion Week shows, with “real women” walking the runway; and in October 2013 even debuted their own handbag line.

Here’s how these hard-working mamas did it.

How did each of you get started in the TV business?

Albert: My background in television began when I was 14. I actually started interning at MTV and at NBC Sports. And then I went to Boston University, and I worked my way through college at WBZ and another local station. My first job after college was with Inside Edition. I started there as a story coordinator, which is basically a booker, learning the ins and outs of the business.

I had worked my way up to a producer, and also, I did some on-air reports for them. And then I left and went to be a reporter for a television show called New York Central. I was also a feature reporter for the NBA. [Then] I went to Good Morning America as producer, which was awesome. [Around this time] is when I met Melissa.

I stayed at Good Morning America for about four years, and then I left after I had my first son and I went to run David Blaine’s company, so I produced his ABC television specials and ran his company.

Gerstein: I started really in television when I got my SAG card. I was at the University of Arizona on a dance scholarship and, just through the performing arts, wound up in TV. And then I moved to New York and got an internship at MTV while I was at NYU.

I segued to MSNBC as a breaking-news producer. And then I moved to Toronto and launched and produced Canadian Idol, which was an amazing experience. [My family and I] moved back to New York and I produced for various shows at CNN, [working with] Anderson Cooper, Aaron Brown, Paula Zahn.

And then I wound up at CNBC on The Big Idea with Donny Deutsch, which really inspired me personally to have my own big idea and led me to Denise Albert and to the birth of our company, The Moms.

And so how did the two of you team up?

Albert: Well, as Melissa said, she was booking entrepreneurs on the Donny Deutsch show. I was at Good Morning America. I was pregnant with my first child, and I felt like there was conversation missing in the parenting world.

I wanted to have very smart conversations, and not talk about being pregnant, and not necessarily talk about how many diapers or poops or bottles my kid was going to have during the day. And so I had this idea to really do what I know and love, which is television and journalism, but in the parenting space.

Melissa and I were connected through another person and we were told, ‘Oh, you guys have the same idea.’ And so that’s how we originally began as Moms in the City. We wanted something where we could have this parenting conversation in a forum that we knew: television. And so we knew also, as television producers, that we should start in print. We got a column in a newspaper called Metro US.

Gerstein: We wrote very like Sex and the City. We also thought, ‘Wow, that column was so successful, let’s launch Moms in the City in print,’ and so, basically, we would write a very bold, provocative column about parenting, and then we would interview a celebrity mom based on that topic, which obviously generated a lot of attention and traction.

And then we started getting booked on local television shows to talk about our columns, and also topical news that affected parents, whether it was how to discuss the images coming out of Haiti with your kids [or] the homeless problem on the streets.

And after our fourth appearance on WNBC, we got offered a TV show, actually a pilot, which then got picked up on a channel called NBC Nonstop, which ran in ten markets across the country.

Albert: This was a calculated plan on our part.

It’s not just that we got a television show. We started an email blast. This was all part of our nontraditional business plan, because we didn’t really have one. What Melissa and I knew was how to create buzz, and we knew if we could create buzz, we could get that end result that we were looking for.

So we emailed everyone in the country that we knew to say, ‘Hey, we’re doing this column. You should know about it.’ And that’s when we really started getting booked on the shows. But at the same time, it was when we got the television show that it worked out that NBC had a deal with taxis, so they pushed our content out [via backseat TVs].

And that was really how we got our start with this company.

Tell me about your Mamarazzi events.

Gerstein: So there was a segment on our television show called Mamarazzi where we interviewed celebrity moms and dads, wherever we could get them, when they were in New York City promoting [projects]. After I interviewed Sarah Jessica Parker for a film called I Don’t Know How She Does It, based on the working mom’s life and all of her struggles, [we] were engrossed in a conversation.

I have three kids, she has three kids, and we realized there’s a bigger conversation to be had here. We put together, in two weeks, the first-ever working moms’ town hall, which we decided was a Mamarazzi event. And we aggregated mom bloggers and press to screen the film, and then Denise and I moderated a Q&A with Sarah Jessica after the film.

And then we realized, ‘Well, this is pretty cool, we can monetize this. Let’s get a brand involved that wants to reach our core demo of moms, and also get traditional media and social-media exposure.’ And now we have hosted over 50 Mamarazzi live town hall events.

Albert: And what these Mamarazzi events are doing is giving moms access to celebrities, and we’re giving brands access to moms. So we’re bringing moms, influencers, celebrities and brands all together for one purpose, which is really the parenting conversation.

That’s what this is all about.

Let’s talk about your latest venture.

Gerstein: We just signed a deal with SiriusXM Radio for our annual radio show that airs weekly, called The Moms with Denise and Melissa.

I would say, for me personally, the greatest thing about the SiriusXM Radio show is the immediate feedback. It’s that direct contact with that caller. And I’ve always said that there is no mom manual out there.

So when we have this platform; you know, they have 55 million subscribers, and to be able to reach moms all across the country, who have various jobs, children of various ages, and to come together and have this medium, it’s amazing.

Albert: And I want to just add one thing that I think separates everything that we’re doing from some other things out in the media today.

I think we’ve sort of lived the last ten years in a reality show world. But what’s important for us is that Melissa and I have both worked so hard as television producers and journalists, and to be able to continue to do that in the way that we have is really what our goal was.

I mean I remember when I was leaving to go on maternity leave and somebody said to me, ‘Are you going to continue working?’ and it was: to me, like how could you even ask me that question?

I’ve worked so hard, and I’m having a baby, like why can’t I continue working? It was very important for us to create a business and to really be seen as businesswomen, and as journalists and as producers.

And we have been able to do that without doing a reality show.

Tips from The Moms on starting your own multi-platform brand:

1. Never take no for an answer. “People will tell you, ‘You should do this, you shouldn’t do that…'” says Gerstein. “You really need to stick with your gut. My grandfather, my father, they have always said if you don’t love what you do, you will not be successful.”

2. Choose a partner in crime. Explains Gerstein: “Because you will have ups and downs, and that business partner is so crucial for your spirit, for your business, and Denise is in it to win it with me.”

4. Stay on message. “Do not get off of that track,” says Gerstein. “Stay on the original plan. Consistency is key.” 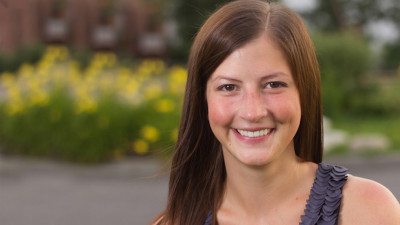 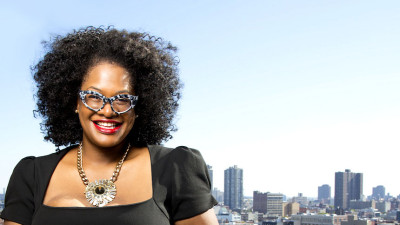 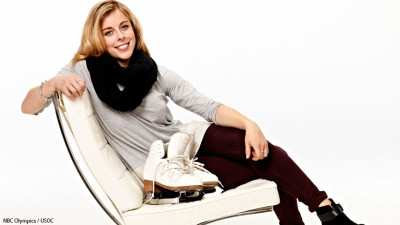