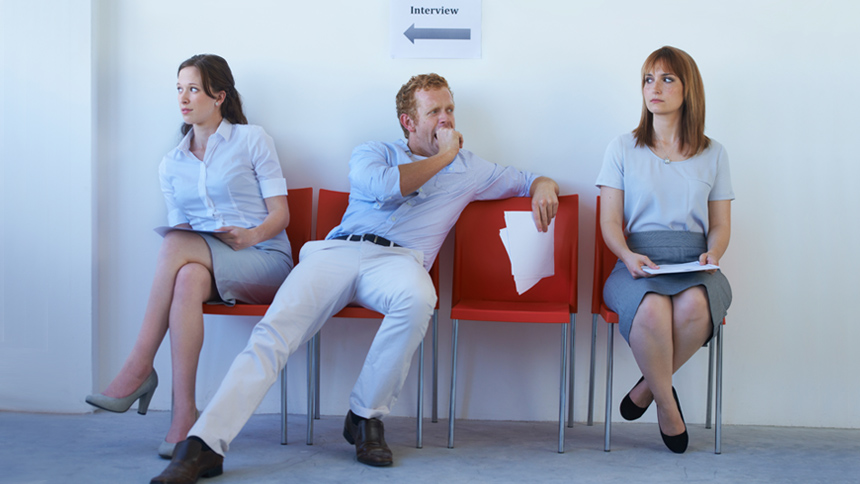 By far, the fastest way to blow a job interview is to get on your interviewer’s nerves.

Of course, no one sets out to annoy his or her potential boss, but knowing where those frayed nerves are isn’t as obvious as you might think. Below, harried hiring managers and other fed up experts gladly share nine of their personal—and personnel—pet peeves. 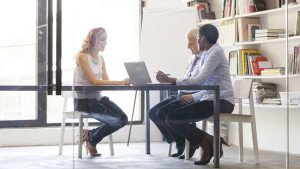 1. Be Clueless About the Company

Knowing the basics about a company is as simple as pointing and clicking. Yet, some applicants still come in woefully unprepared. “It’s always a huge turn-off when the applicant doesn’t take the time to learn about a company before coming in,” says Rania Eldekki, digital marketing manager for Hudson Horizons.

Eldekki, who helps hire social media staff for the company, has a simple recommendation for interviewees: “Read the company’s About page online and browse through other sections of their website, so you understand what the company is about before your interview.”

Workplace consultant and former public policy executive Jeanne Miller Rodriguez says she’s frustrated by job applicants who “haven’t reviewed the company mission statement and expect a verbal tour of the organization.” She points out it’s not only annoying, but dumb.

“Without having done their homework,” she says, “applicants can’t reasonably expect to articulate what skills and abilities they have that fit the position or the needs of the organization.”

“I don’t care if you have to walk uphill both ways in a blizzard to get to your local library to utilize their computers: Research the company,” says Lisa K. McDonald, career coach and strategist with Career Polish, Inc. “If you can’t take the time to know what we’re going to be discussing, I would prefer not to waste my time talking to you.”

2. Talk Too Soon About Money

Any good HR expert will tell you not to be the first person to bring up salary, yet some foolishly think the opposite. “When candidates bring up money early in the discussion,” says human resources consultant Rodney Evans. “It’s an immediate turn-off.”

“If a candidate seems more interested in how much they’ll be paid than in learning whether they’ll be a fit for the role,” she adds, “they likely aren’t someone I want to hire.”

Samantha Lambert, director of HR for Blue Fountain Media, shares this annoyance. “Why should we talk about the offer before I know if we’re going to make one?”

Showing up late, canceling at the last minute and not being flexible with your schedule are big-time annoyances.

“Arriving late to an interview is not an option,” says Robin Toft, who runs the San Diego office of Sanford Rose Associates, an executive search firm. “You should drive there in advance and understand the lay of the land before interview day.”

Sheryl Bender, senior HR representative with the Port of Long Beach, Calif., says some circumstantial tardiness may be understandable, but “not calling us to let us know you will be late and not apologizing for being late when you do arrive, or even worse, not addressing the tardiness at all” is unforgivable.

Know that arriving too early can also send a bad sign. Arriving more than ten minutes early for an interview “is a dead giveaway that the job seeker has too much time on his or her hands,” says Melanie Benwell, managing director of boutique recruitment firm PathWorks Personnel. “Don’t diminish your desirability by appearing desperate.”

“Five minutes early is fine, but anything more than that is a little bit creepy,” says career coach Rita Friedman of phillycareercoach.com. “If you’re half an hour early, go hole up in a coffee shop or walk off some nervous energy—don’t ask to sit in my waiting room.”

4. Forget Copies of Your Resume

Don’t assume an interviewer has a copy of your resume handy, no matter how many times you’ve sent it or to whom.

“Why should I have to search my inbox through thousands of applications to find your resume?” says Lambert. You’ll also often meet new people during your interview who’ve never met you or your resume, so bring several copies.

Penny Locey, vice president of career management company Keystone Associates, recommends also bringing a pen, a spare pen, a list of references and directions. If you forget to bring one of these items and then need it, “it signals you’re not organized,” she says.

Borrowing office supplies or services from your interviewer is the last thing you want to do. Remember: You want to be working for them; don’t start the process by asking them to work for you.

“The fastest way to talk yourself out of a new job is to say negative things,” Benwell says. “No matter how reasonable your complaints, you will come out the loser. The interviewer will assume that you would similarly trash him or her.”

McDonald doesn’t limit her no-talk-about list to former bosses. “Airing dirty laundry, expressing frustration with your current search, venting about personal problems and dishing dirt about former bosses or co-workers are all surefire ways of not getting hired,” she says. “Remember, it’s a job interview, not a therapy session.”

“The most common error is candidates not being excited about the company’s mission and vision,” Toft says. “Candidates need to do their homework and be as enthusiastic as they can be about it.”

“If you don’t care, I don’t care,” says Adam Lyons, founder of Insurance Zebra. “Sell yourself and get me excited to work with you. Sometimes people come off like they are sleeping — no excitement, no passion — and it’s a big turn-off.”

Asking questions illustrates your enthusiasm and interest in the position and simply shows you’ve been paying attention.

“If an applicant has no questions, I assume they haven’t done their homework and don’t truly understand what our company does,” says Kelsey Meyer, co-founder of Influence & Co. “It also tells me they don’t naturally have an intellectual curiosity, which is a must in our workplace.”

Don’t wait for sudden inspiration — prepare strong questions in advance, even if you already know the answers.

Bender calls people who talk too much “the bane of an interviewer’s existence,” so watch the rambling.

“We understand that you want to answer the question fully,” says Bender, “but being concise — as long as you’ve answered the question — is truly okay. The longer you talk, the higher your chances of turning the interviewer off to your answer.”

Pay attention to social cues; if the interviewer frequently has to cut you off in order to move on, you’re probably talking too much.

9. Leave Your Cell Phone On

Unlike at the movies, there’s no one at an interview telling you to turn off your cell phone, so you need to remind yourself. McDonald can’t stand a “continual barrage bleeps, noises and a cutesy ring tone coming from your pocket.” She counsels applicants to not bring in their phones at all.

“Being interrupted by a cell phone completely undermines your message,” she says. “I actually had an interviewee answer a call during an interview. He raised his finger and asked me to excuse him because he needed to take that call. I told him to take his time — we were done.”