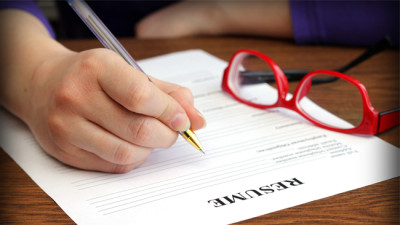 You’ve spit-and-polished your resume to a fare-thee-well, but can you make it stand out from the rest? How can you tweak your resume so it’s so unforgettable, the hiring manager not only has to call, but she also recalls your resume years after the fact?

Below, 9 professionals and 1 student share the unique, creative tacks they took that elevated their resumes—and helped them land jobs.

Follow their leads at your own risk—and possibly your own gain.

1. Add a Little Special Something

Julia Zangwill says the resume she sent to TV Land Digital for a designer position did not have a typical header. Instead, it led with this: “WHAT MAKES ME SPECIAL (besides what my grandma would say) by Julia Zangwill.”

It was a creative (and gutsy) move, but one that paid off. “The headline in Julia’s resume made it stand out from the others I was reviewing at the time; it showed a creativity and sense of humor that is important in our business,” says Jennifer Larkin, Sr. Director digital multi-platform experiences at TV Land.  “And I still remember it three years later!”

Zangwill got the interview and the job (though her grandma probably expected as much all along).

While most people omit internships from their resumes once they’ve had a few real jobs, Jacki Garfinkel, senior director of social media at Nickelodeon, kept one in there: an internship with the Montel Williams show.

“I get asked about it on every single interview,” says Garfinkel. “I’ve even been told I was brought in for the interview strictly because of the Montel mention.”

Even with experience from Nickelodeon and Scholastic on his resume, Jed Weissberg, SVP of product and strategy at Mobiquity Networks, still makes room for another gig: puppetry.

“People are intrigued by it,” says Weissberg. “It’s almost always the first thing they ask about.” And when there’s an emergency in the office, who doesn’t start looking for the nearest puppeteer?

Simon Tam, a former marketing manager for Oregon’s “I Have a Dream” Foundation, put his dance rock band The Slants on his resume not to show off his musical chops, but to emphasize his marketing skills.

“I had been applying for marketing positions and, when they researched my band and saw how much brand exposure we had and how successful our marketing was, I quickly stood out,” Tam says.

5. Give an Answer in the Form of a Question

“Lots of interviewers noticed and asked me about it,” says Zaben. “Most were friendly conversations about the experience, the selection process and Alex Trebek’s personality—it was a great conversation starter.”

But it also gave Zaben insight into her interviewers. One intrigued potential employer spent most of the interview aggressively quizzing her, leaving Zaben with an important impression.

“If this is how he conducts his interviews, then this is not someone I want to work with,” she says. “I waited until the 30-minute mark, made my excuses and never looked back.”

“Instead of putting something generic like ‘managed PPC accounts,’ I put things like ‘increased PPC ROI by 125 percent,’” explains Hirst, who says the change “made all the difference” in his job search (though there’s no exact percentage on that yet).

Teague Hopkins, who runs a Web strategy group under his own name, says the one job he made sure to put on his resume was the hottest one he had: running a fire-dancing troupe.

“Without fail, I was asked about fire dancing in every single interview,” Hopkins says. “It was a great way to showcase my individuality and give me an entrance to talk about my leadership experiences.”

No wonder companies warmed up to him.

Wayne State University information officer Rasheda Williams says the best thing she did to her resume was not an addition, but an omission: dumping the “objective.”

“To me, listing an objective is pointless and it seems to limit the possibilities of you actually being considered,” Williams says. “If you’re applying for a position, then it’s assumed that your objective is to get the position!”

Williams instead uses that area to list her qualifications, which gave her “bragging rights and another chance to really shine.”

When Rebecca Maguire transitioned from stay-at-home mom to PR professional, she didn’t run away from her eight years of domestic work; she used it to showcase her humor—and some equivalent experience at the same time.

“This ultimately led to the landing of my dream job,” Maguire says, “and I now run my own firm. When in doubt, humor always works!”

As an honors junior at Park University, Andi Enns had no fewer than six internships under her belt. The one thing that makes her resume stand out, she says, is a section called “peer review.”

The section contains the four most popular words her classmates suggested when she asked them to describe her: Determined. Intelligent. Strong. Entertaining.

At the four interviews Andi had for marketing and design positions, “every interviewer mentioned it,” Andi says. Considering two of the interviews led to offers, Andi could add one more word that describes her: Successful.

If you’d like your resume to stand out even more, consider getting the help of a pro. Mediabistro’s Career Services offer everything from a quick resume edit to several sessions of career counseling to tackle your CV, networking skills, career transition and more.

Get a Media Job, Get Hired, Resumes & Cover Letters 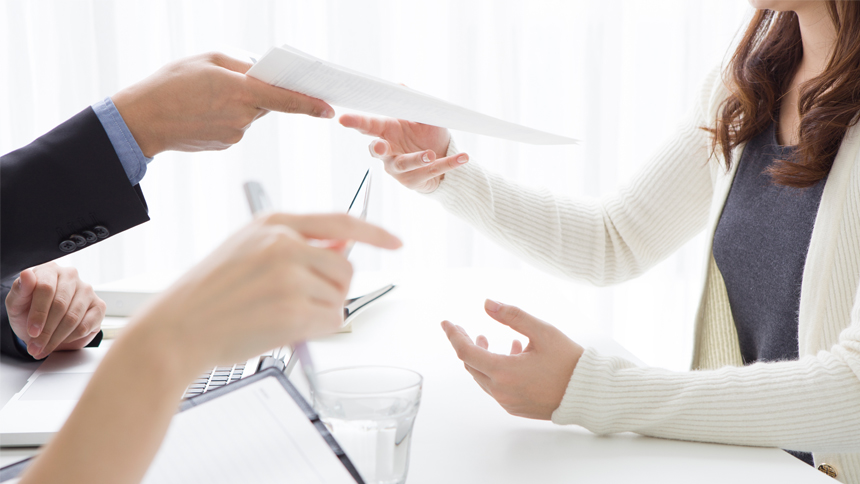 Getting Your Resume Into Human Hands 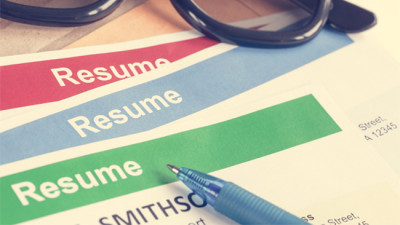 How to Get Your Resume Noticed in 15 Seconds or Less 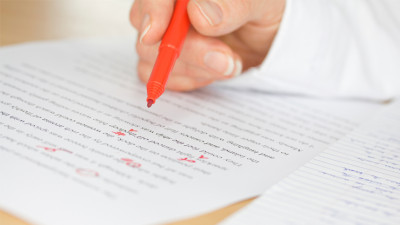 5 Spelling Errors That Can Torpedo Your Resume or Cover Letter 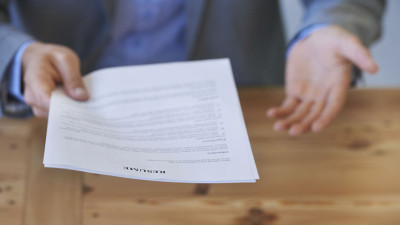 5 Easy Steps to a Stand-Out Resume