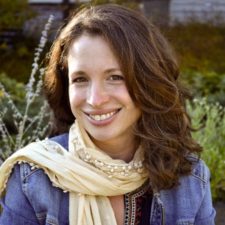 Allure, Glamour, Marie Claire and Parade are among the numerous publications that have sought Hauser out to take on interviewing and writing about Hollywood’s elite. While it might sound like a glamorous gig, in reality, it requires a whole lot of preparation, social ease and patience.

Lawrence Grobel described what it takes to conduct a good interview in his book The Art of the Interview: Lessons from a Master of the Craft. “You must converse like a talk show host, think like a writer, understand subtext like a psychiatrist, have an ear like a musician, be able to select the best parts like a book editor and know how to piece it together dramatically like a playwright.”

Throughout her 16 years as a journalist, Hauser has learned to master the gentle balance between that demanding skill set.

How did you become an entertainment journalist?

I interned at Premiere Magazine (which closed down in 2007) during college because I always knew that I wanted to go into journalism. After college, I was an editorial assistant there and then an assistant editor. That led to an associate editor/writer-at-large position.

Do you remember your first celebrity interview?

Yes! It was Maggie Gyllenhaal. It was the first time I was flown to Los Angeles (from New York) to do an interview. It all felt very glamorous. She took me to a fancy L.A. restaurant and ordered crudités. I don’t think I even knew what crudités was. It was intimidating.

How much preparation did you do before that interview and the many that followed?

I used to read a ton about people before I interviewed them, but I found that if you go into an interview and you’ve done so much research, you could come off as a stalker—or tell them their answer to questions before you even have asked the question.

You want the interview question to come across as natural. The goal is to have a conversation. So when you are meeting someone for the first time you are not supposed to know everything about them already. But at the same time you don’t want to be underprepared. So now I find the best way to prepare is: if I’m interviewing an actor, I watch all of their films; if I’m speaking to a musician, I listen to all of his or her music. You hope that you have a genuine connection to whatever it is that they have created.

But what if you don’t feel the connection?

You still have to find ways to connect. But I don’t lie (about what I thought about their art) because I’m a bad liar and it sounds phony. Also, I don’t have to like everybody. I’d rather write about someone who is interesting rather than “likable.”

Any tricks to quickly connecting during what could easily be a very awkward lunch interview?

Sometimes when I’m interviewing younger starlets who are not used to the interview process and are feeling self-conscious, I order a lot of food, like a big burrito. That small gesture can break the ice a little bit. The thought process is: I don’t care what I look like, so maybe they won’t care what they look like.

How about the bigger names that have been interviewed a thousand times like Jessica Alba or Kim Kardashian?

So do you talk about yourself before you start the interview?

On the one hand you don’t want to talk about yourself too much during an interview because why should they care? But on the other hand, if you can find something true and real that you can actually bond over then that can be really helpful.

Recently I had to interview Scarlett Johansson for Marie Claire. I went to go meet her at this fancy, boutique hotel in New York City and she arrived a bit late. At the time, I had an infant back home and I was still breastfeeding, but I had brought the wrong breast pump with me. So while I was waiting for her, I had to hand express in the bathroom. I was still feeling discomfort when we started the interview and she noticed, so I told her what had happened. Then she told me a great story about losing her breast pump after the Oscars. It was a genuine moment of connection—just two moms talking about breastfeeding.

Celebrities agree to an interview in order to promote their most recent work. How do you balance the work questions with the personal questions?

Some journalists go in with this idea that they are going to be this person’s friend. I always assume that they have their own friends. I try and be as professional as possible and start with work questions.

How do you delve into those personal questions that they might not want to answer?

I don’t ask invasive questions. I don’t want to make somebody feel uncomfortable—most of all myself. I get squeamish about questions that I know are going to hurt someone or make them uncomfortable, but I do think it’s important to get a picture of a person in that moment. So what I have done in the past is to ask a question along the lines of, “What’s your daily routine like right now?” Getting them to relax is key and that question is a good way to do that. After any big life event, if you ask someone about their daily routine it’s going to reflect what is in or missing from their life.

You are often under serious time constraints during interviews with celebrities. How do you get in all your questions and also listen to their answers?

Listening is most important. You just want [the interview] to be a genuine conversation. I have a list of questions that I type it out beforehand and then keep in my bag during the interview. At the very end I will bring it out and say, “I just want to make sure that I’m hitting everything that my editor wanted me to touch on.”

Do you still get nervous or intimidated before an interview with a celebrity?

I don’t get nervous anymore. I just worry about technical malfunctions so I always bring two digital recorders. The first thing I do no matter who I am interviewing—or how famous they are—is a sound test. I have them say “blah, blah, blah” into both recorders. Then I listen to it right in front of them and make sure it caught all the sounds because I once lost an interview.

Do you transcribe the interview before you start writing the profile?

Yes, I used to transcribe them myself. Now I have someone do that for me, but when you are just starting out it helps to do it yourself. Then you can really listen to the way that the subject speaks, what their laugh sounds like, etc. Those details matter especially with a celebrity profile.

When do you start the writing process?

I try to begin writing as soon as possible after the interview.

Has profile writing helped your other writing, which includes stories for The New Yorker, the New York Times and two books—The New Kids: Big Dreams and Brave Journeys at a High School for Immigrant Teens and Enter Helen: The Invention of Helen Gurley Brown and the Rise of the Modern Single Woman?

In a sense, a biography like “Enter Helen” is a really long profile. With each profile you really want to create a picture of the person in the reader’s mind right away. That was important in both my books. So yes. Profile writing has had a major influence on all of my writing. 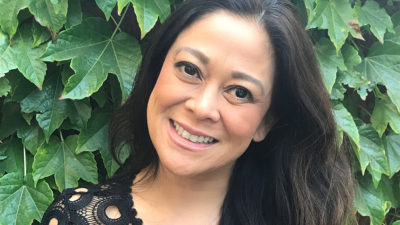