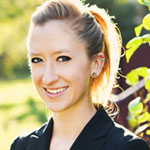 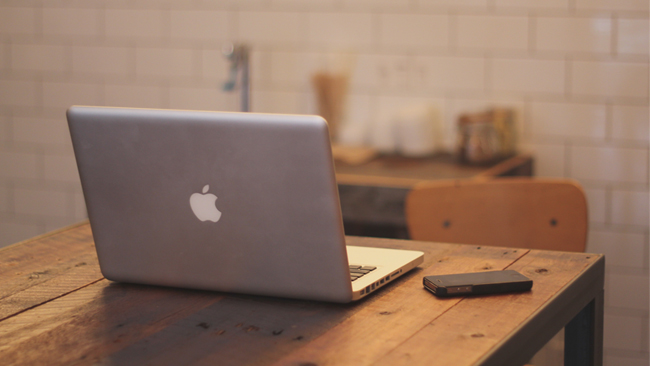 You don’t have to go far to find criticism of employers like Demand Studios, Contently and Associated Content. These “content farms” employ massive numbers of writers to generate cheap content primed to appear at the top of search engine results.

They’re notorious for paying their writers next to nothing, having strict deadlines and offering very little autonomy. But if this is true, why do people write for them? I know exactly why. I wrote for Demand Media Studios for one year. Here’s what it was like: 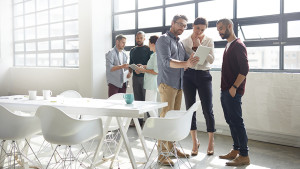 A Day in the Life

On a typical work day, I’d wake up, go to the coffee shop and log in to DMS’s main page. There was a pool of titles for writers to choose from, and Demand Studios’ style guide details the rules for each format, with how-to pieces typically running as short as 300 words and topical pieces around 500.

Beginning writers could claim 10 articles at once, refilling their queues as needed after assignments are complete. When my ratings went up, I was approved to claim 15 titles at a time. (More on writer ratings later.)

Once I decided which piece to start with, I would assimilate information from the Web and reshape it into a clear, concise piece.

The article titles were generated based on real phrases Google users searched and therefore ranged from the serious, “Missouri Child Abuse Statistics,” to the completely inane, “Why You Should Wear Clean Underwear.”

And, yes, both of these were titles I claimed and wrote. There were usually plenty of writeable titles to choose from, but occasionally I’d come across a dud like “How to Furnish a Giraffe” or “20 Benefits of a 3CQ On the JLRM36.” There were also a thousand iterations of the same article: “How to Dye Your Hair Pink,” “Best Pink Hair Color for Brunettes” or “How to Change Your Hair from Blonde to Pink.”

Sometimes these redundancies were beneficial, because I could use the same resources for multiple articles and save time on research. At others, the droning nature of this process made me wonder, “What am I doing?”

Writer Ratings and Working with Editors

While at a typical magazine, writers might get radio silence for a bad pitch or a kill fee for a piece that was never published, at DMS the process is a little different.

There is no punishment if you don’t finish a piece; after a certain number of days, the title simply drops back into the pool for others to claim. I frequently “tricked” this system by quickly un-claiming and re-claiming a title to get extra days to work on it.

Once you’ve written a piece and submitted it, however, your work will be rated by an editor for grammar and style, among other things.

In my experience, there was only one round of editing, so if I didn’t fix my piece to that editor’s standards, he or she could reject it and I wouldn’t get another rewrite.

My rating would go down slightly, which could have made it more difficult for me to qualify for more prestigious DMS markets in the future.

Title editors would attempt to weed out subjects that didn’t make sense, but ultimately writers were left to exercise their own judgment on the viability of a topic.

Consequently, there were times I’d write an entire article and have an editor reject it, because they believed I misinterpreted the title or that it should have never made it into the pool.

Conversely, there were times that DMS’ reliance on Google for subject matter worked in my favor, because I’d get to write essentially useless articles and still get paid for them.

However, since Google has improved its algorithms to push articles from content farms to the bottom of its search results, it’s very likely that Demand Studios publishes more interesting topics (with titles that actually make sense) than it did when I wrote for them.

Trying to determine if it’s worth your time to write for a content farm? Here are three major pros and cons based on my experience:

1. It’s steady pay. This is especially useful for students and beginning writers who may need the promise of quick money to get their careers rolling. I was paid twice a week at DMS, a consistency you won’t find in the nail-biting, invoice-sending world of traditional freelance writing.

2. You get a crash course in time management. In order to get the $15/hour wage at which I valued myself, I had to write one article an hour. I learned shortcuts to finding trustworthy information online and to trust my own instincts. Because of my experience with Demand, speed and accuracy are now ingrained in me, and editors I work with today often praise my ability to generate strong work very quickly.

3. It’s flexible. At DMS, I could claim and write as many or as few articles as I wanted. I could also write anywhere, as long as there was an Internet connection.

1.) Your byline is lost in the shuffle. Despite having published hundreds of articles, I was virtually anonymous. Most websites that buy articles from content farms are information-oriented, meaning their readers want quick, accurate info rather than a thoughtful reading experience. They don’t care who wrote it—they just want the facts.

2.) You’re a machine, not a person. At DMS, editors were nameless and faceless to the writers, just as we were to them. I never developed any relationships with colleagues, because we were kept anonymous to each other.

3.) You may feel like you’re stuck in a cycle. Every minute I wrote for DMS, I was robbing myself of a minute I could have spent on writing I was passionate about. And, because of the turn-and-burn nature of it, I wound up with few articles strong enough to offer as samples to new, potential clients.

Both content farms and traditional outlets have their risks. Bottom line? Hoping to make it big at a content farm is like working toward becoming a CEO by flipping burgers at McDonald’s.

Yes, it’s possible to work your way up, but it may take many, many years of substandard pay and monotonous work. However, penning articles for a content farm is a consistent paycheck as long as you put in the hours.

Again, I wrote for DMS over two years ago, and it’s very likely that the platform has improved since then. I have read that they’re making strides to filter out un-writeable titles and reward their most knowledgeable writers with higher-paying assignments, and I’m sure that there are some writers who probably enjoy their experience there.

If you are thinking of writing for a content farm, you should weigh the pros and cons listed here against your own research to see if it’s a good fit for you.

Traditional freelance writing, on the other hand, is like starting your own restaurant. It is expensive, scary as hell and there is no promise of success.

You may not make any money at all in the first several months, or even years. However, you get your autonomy and the fulfillment of being the boss from day one—everything can be exactly to your taste.

I applaud anyone who is bold and brave enough to pursue a career in writing, whether it’s content writing, blogging, fan fiction or starting your own ‘zine.

In my experience, it’s not the type of writing you do that determines your success. It’s when you enjoy what you do and operate from a mindset of fullness and gratitude that you will feel the most rewarded.