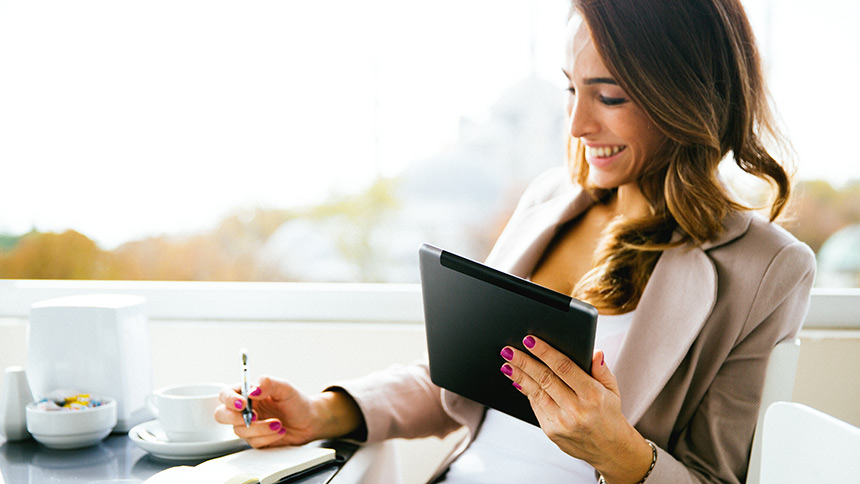 Hiring may slow down around the holidays, but once the new year rolls in HR departments will be in full swing. To get you prepared for the upcoming hiring season, we’ve compiled a checklist of best practices for media professionals on the hunt.

1. Prepare to be laid off at some point in your career

It may seem like a depressing place to start, but if you’re ready for the reality of working in this industry, you’ll be prepared to pivot.

After 18 years of working mostly at magazines, Bret Begun, current editor of Bloomberg Businessweek’s Etc. section, has seen his fair shares of layoffs and shutdowns.

“If you work in media, chances are it’s happened or is going to happen to you,” Begun says. “It’s much better when it happens in June than January, so you can use the excuse that ‘no one hires in the summer’ to chill for a few months.”

“That’s the hidden opportunity,” he says.

Lauren Deen has won three Emmy Awards, written a New York Times best-selling book and is recognized for excellence in culinary writing by the James Beard Foundation. She’s also received a call on vacation that her television show has been canceled–her employment terminated immediately.

“Television is brutal,” says Deen, president and executive producer of her company, Cake Productions. “I went through my rolodex and cold-called everyone I had every worked for or met in the industry telling them I was looking for work.”

It’s not easy to divulge your situation, but as Begun advises: have a cocktail and start connecting. Work whatever contacts you have to see if they know of openings.

“This was incredibly uncomfortable for me,” says Deen. “I later realized this is nothing to be ashamed of—a strong work ethic is rare and valued and got me to where I am.”

3. Be conscious of your social media presence

Chelsea Castle, marketing manager at the branding agency Ologie, suggests applying a “grandma filter” on every social media post. Before hitting send, ask yourself: Would I want my grandma to see this tweet?

“That doesn’t mean you can’t be saucy or show your personality,” she says. “But, keep it PG-13 and balance your content with professional vs. personal.” And don’t be afraid to be the latter. “My most popular tweets are always the dumb ones about my spilling coffee or falling asleep in a coffee shop,” she admits.

“Social media is your number one tool in job seeking and branding yourself, but you can’t just be there,” Castle says. “You have to play the game, follow the rules, and make it your own. Be professional, interact and engage–and sell yourself–but be direct, honest and genuine.”

However, as an editor, Begun says he won’t be skimming Klout scores. “If there’s a writer I’m interested in working with, I’ll poke around so that I can see if the casting is right,” he says. “But I’m not hiring freelancers off of Instagram.”

There’s a fine line between spell checking and splitting hairs.

“My guess is anyone interested in hiring you is going off a recommendation, not a resume,” says Begun, whose resume is simply written into a Google template.

Deen suggests creating a supplementary sheet to list skill sets as titles (i.e. executive producer) and a result of these skill sets as bullets underneath (e.g. Emmy-award winning show). “This allows your prospective employer to see your skills and how you can bring them revenue,” she explains. “And it’s also an interesting way to respond to interview questions rather than a laundry list of your show credits.” Such a concept can be applied to any industry to show your value.

5. Figure out how to best help a company

Begun finds sometimes, especially with younger interviewees, job-seekers tend to focus on what a job or internship will mean for their resume. “And less focused on how they can help…me,” he says.

“I know my pitch,” Deen says confidently. “Figure out what you have that no one else does.  It doesn’t have to be a major splashy thing but what distinguishes you—basically why would the employer feel it would be a huge loss if they don’t hire you.”

6. Fill the gaps in your resume with whatever you can

The one relief of working in a creative industry is the ability to freelance, which can sometime be a way to fake it ‘til you make it. “Then you can point to something and say, ‘Look, see, I was doing things.’” says Begun. Freelancing can also provide a measure of personal accountability between gigs.

If your area of expertise doesn’t lend itself to the in-between, Deen suggests other avenues like taking a class, volunteering, or learning an instrument. “Do something with purpose that shows another side to you,” she says.

7. Court the prospective company or organization

You know how hard you creep on someone’s social media before a first date? That’s the spirit.

“I read everything I can and follow the thread to unexpected places,” says Deen. Get lost in a company’s social media and note if an employee was at the same event, knows an acquaintance of yours, or if you can connect to the interviewer in a personal way.

Despite our current food-obsessed culture, making it your career wasn’t always cool.

“It was mostly blue collar, or books written by diplomat’s wives and fancy French men,” Deen says of breaking into the industry. She credits good timing alongside her talent as a producer.

“The best way is to belong to the community you want to work within. Attend lectures and ask questions or just ask people what they do and where they think the industry is going,” she says.

Castle advises all it takes is a little creativity to get paid for your passion. “Don’t pigeonhole yourself into any industry – listen to your gut and see where it takes you,” she says of making the leap from journalism to marketing.

9. Think twice before running off to grad school

Generally speaking, Begun says journalists learn more by being out in the field. “And it’s probably not worth incurring debt,” he warns of continuing education out of desperation.

“I think of my time at Martha [Stewart Living] as my graduate school and internship into ‘real’ production. It’s also a work calling card. If you survived there and won your Emmy’s what else could you not do?” says Deen. Not having a paid-for piece of paper may lead to rejection, but as Deen says, “Just keep moving.”

The following are suggestions for not obsessing over unemployment: Exercise often, avoid drinking too much, go to galleries, see films, and listen to people smarter than you at lectures.

“Basically reframe your mind for fresh ideas,” Deen says of her suggestions. “But map it out so each day, week, and month has a purpose. And let yourself take a few hours off from the search.”

Perhaps you’re reading this at your place of employment and fantasizing about a fresh start. Do it.

“A good friend and mentor of mine once told me, ‘When you’re ready to jump, you’ll know. You’ll know it in your gut.’” says Castle. “Many parts of my [previous] job became iterative to a point that I didn’t even have to think half of the time.”

If you’re maxed out, not challenged, or unsatisfied, you may want to move on. Many don’t do this for fear of the unknown, deserting comfortability (or friends), and end up settling. “That’s the worst thing you can do for yourself,” says Castle.

If you’re looking now or want to know when a perfect job opens up, set up a job alert and never miss the next opportunity. 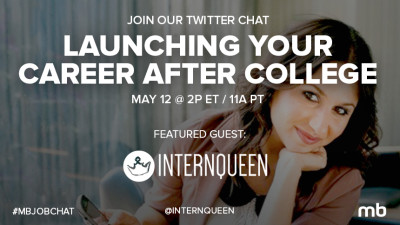 Twitter Chat: How to Launch Your Career After College 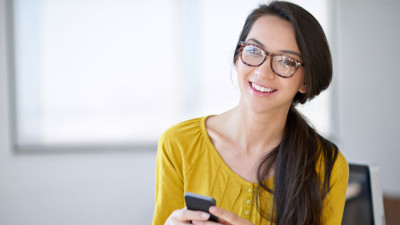 What You Should Add (and Remove) From Your Social Media Presence 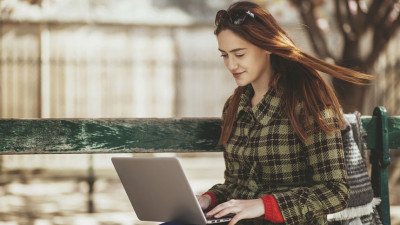 Find the Perfect Job This Fall With These 5 Tips