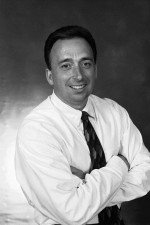 Although his resume indicates otherwise, Mark Aldam nearly took a completely different career path into the financial services industry. Instead, he opted to make half the salary he would have made working in finance in New York and jumped at the opportunity to spend his 20s in what he describes as “the beautiful Berkshire hillside” at the Berkshire Eagle, where he spent summers interning and committed to a career in the newspaper industry.

And commit he did. Aldam has spent nearly 30 years in the newspaper business in a variety of roles. Now, as president of Hearst Newspapers, he oversees a major division of the media behemoth Hearst Corporation that publishes 36 weekly newspapers and 15 daily newspapers, sells digital marketing services in 103 markets across the country, has directories businesses, and operates in 56 local markets with more than 5,000 employees.

The newspaper vet shares with Mediabistro what excites him about the business, reveals strategies that differentiate Hearst from other leading media companies and offers some choice words for those who sound the death knell for the printed paper.

All of the unit leaders report into our New York office and directly to me. I’m the former operator. I was a publisher for more than 25 years in the newspaper marketplace working for Tribune and Times Mirror prior to joining Hearst, so I’m actively involved in working with our unit leaders on execution and developing our strategic footprint and bringing new products to market.

So I spend about two weeks out of every month on the road with our leadership teams in San Francisco, Houston, San Antonio, Albany, Connecticut, Buffalo, New York; and then in some smaller markets. But, generally, I’m very actively involved in managing the day-to-day operations of our units.

What excites you most about the newspaper business?

Well, being the leading local media enterprise in each of the markets in which we compete is a very exciting and energizing force. And we’re very committed to growing our presence in those markets and pivoting the business model — not completely away from print because print’s still very healthy, but clearly we need to respond to business around those print assets in our key large markets.

And it’s a lot of fun to still be in a business where we’re providing content that’s meaningful to the lives of our readers and that consumers are willing to pay for. The competitive environment could not be more interesting than it is today.

News Corp, Tribune, Time Warner, E.W. Scripps and, most recently, Gannett have separated their publishing assets from their TV and film assets, signifying their core business focus is shifting from print. What sets Hearst apart from these competitors?

While we still believe that print’s healthy, we’ve also made a strong move to open the digital business model wide, and 30 percent of our ad revenue has migrated to digital experiences.

So we’ve quickly grown the volume of digital revenue at a time [when] we’re managing, obviously, the change in preferences as brands and large retail customers are moving more of their dollars away from print. And [we are] the local media of significance in each of our markets — our breaking news websites are far and away the largest reach vehicles in the market.

The next local competitor[‘s]… audience levels are five times less than what [Hearst’s] Houston Chronicle delivers in any 30-day period. And even among national news sites, our local media companies now rank among the top two or three Web presences in San Francisco, Houston, Albany, San Antonio and Connecticut. So not only are we the leading local media, we’re competing with national reach vehicles, as well, for the consumer’s interest in news.

What strategies has Hearst put in place to accomplish these goals?

I think two strategic moves we’ve made that are helping to separate us locally include our commitment to hiring more quality journalists and not cutting reporting resources. We’ve made a deliberate effort to add top journalists to our newsrooms.

All of our editors are Pulitzer-Prize-winning journalists. Most of our current editors have only joined us in the last four years. They each bring a digital sensibility and understanding that enterprise news still matters and that to keep the consumer paying for content the experience has to be unique, and so we have to have a ground game of local reporting resources.

That move we’ve made is continuing to invest in newsgathering resources. And secondly, I think we’ve made the right moves to develop digital products that are responsive to where the consumer wants to engage with media. So our mobile products are state of the art, both on the tablet as well as [on] the smartphone. And we have premium digital products that are available, as well, that supplement print. If you want to read this morning’s Houston Chronicle on your smartphone you can do that as opposed to just look for breaking news that is occurring out on the marketplace.

What about your work keeps you up at night?

Well, we worry and we’re paid to worry, I think. We worry a lot about making sure we’ve got the right balance in the going-forward business model that values the consumer’s ongoing relationship with our paid experiences, and not being as dependent on advertising to drive the top line.

But, you know, making the right investments that are going to bring more services to our customers and taking a few risks today that will pay off two years from now — those are the decisions, I think, that keep me up at night.

What are some risks that you have been considering recently?

I couldn’t [say] in specifics, but I could tell you that in two key areas of the digital ecosystem we’re looking very, very hard at expanding the services we provide because we see it as an emerging marketplace. And very few of our competitors offer a full suite of services that take the referring customer experience and create content management and marketing automation solutions for small businesses — so that’s one space.

And then social media would be a second, where we today create presence for our clients. But these customers need more publishing solutions and tools that we currently don’t offer, so by making investments in those key areas we believe we’ll strengthen that part of our business. But it’s somewhat of a risk because very few people are in that space today.

What do you say to those people that avidly believe the newspaper industry is in peril?

So I think there’s obviously some truth to the concern about the printed newspaper’s future given just the relationship between print ads and the size of the paper that most publishers produce. But my first response is: I believe that the printed newspaper will be around long enough to print our obituaries. That generally gets their attention.

But I think the newspapers that have responded to where consumers demand to access news and information — which is in their palm, and on their desktops and tablets — I think we stand a very good chance of being an influential part of the community, as long as we keep investing in the newsgathering resources that can keep government accountable, that can expose corruption, and that can be a reporting resource for the community that keeps people who live, work and educate their kids informed about what’s important to the quality of life in those regions. I think we’ll have a long life. But the path to migrating to that digital future is a complicated one because you can’t just turn off the printing presses overnight.