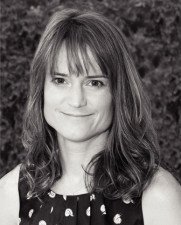 With more than 20 books published (in eight years!), Shepard is one of the hottest writers in the blazing YA genre. But make no mistake; she’s more than just mean-girl cliques and homecoming drama. The uber-prolific scribe also has an adult novel on the way — for those of us who prefer to keep the past in the past.

Why did you decide to write in the young adult genre? Were you ever concerned that your decision wouldn’t prove as lucrative or that your work would be less acclaimed as books in the adult genre?

Of course, yeah. I mean, it definitely crossed my mind. The way it happened was sort of by accident. I was going to school to get an MFA in fiction, and I absolutely thought that I was going to be an adult fiction writer, and at the time I was living in New York and took a freelance job ghostwriting a book for 17th Street Productions (now they’re Alloy Entertainment).

So that was a young adult book, and, being a ghostwriter on that, I did learn how to write a book from start to finish, what it was like to be edited and how to write on deadline and all of those things. And, after kind of doing a couple of those books, I kind of realized that I liked YA.

It was a voice that I really embraced, and it was a genre that I was really interested in. And I realized, too, that a lot of my adult fiction — my short stories that I was writing and all that — also were about younger characters. I was like, “Well, let me give this a try.” I was approached by Alloy to develop my own series, which became Pretty Little Liars.

So, there was definitely [the question of] will I be as serious a writer if I’m writing YA and not adult. It definitely crossed my mind. However, I do have a couple of adult novels out as well, and I was really insistent on that for myself. When I was working on Pretty Little Liars 2, I was also working on The Visibles, because it was almost like I wanted to prove to myself that, although I was a YA writer, I also could write adult fiction.

Now it doesn’t bother me as much, because YA is different now, I think, than even the way it was when I started out [in] 2005. I mean, YA is a huge thing now. I think good YA writers are absolutely respected, and a successful YA book does really well. So, I don’t think anybody should be discouraged from going into YA.

What’s the secret for writing books that resonate with teens, as an adult?

That is definitely hard. When I started out, I spoke to a lot of kids online. There wasn’t the same sort of Web presence either; it was MySpace and chat rooms and stuff like that. But the thing is, the emotions that they feel, they’re sort of the same emotions that I felt as a teenager. I kept a journal when I was a teenager, so I definitely look back on those to see how I dealt with friends, and cliques, and getting picked on, or boyfriend breakups.

I think as long as you’re taking your own emotional experience as a teenager and trying to remember what it was like and not approaching it as an adult, that’s the key. I’ve read a lot of fiction from writers just starting out, and the dialogue is a little bit forced, or it’s almost too teenager-y, or too slang-y or putting too much technology or trends in there.

I try to stay pretty trend-neutral. I try not to mention too many current bands or current TV shows. [I] gotta mention phones, obviously, and Twitter and Instagram and all that, but you want to create something that can be timeless as much as possible, so that it doesn’t seem dated 15 years from now.

What’s the best way to write a series? Do you plan each book far in advance or let the characters lead you into each new entry?

I plan the books pretty far in advance. The way Pretty Little Liars works — [and] really anything else that I’ve worked on — I knew at first it was going to be four books, so I knew that at the end of the fourth book I was going to have to reveal who “A” was, who the killer was and stuff like that.

The next deal was for another four books, and then there’s the next deal, which was for four books. So it’s not like I planned to do these 16 books. So, I’m giving more of like a four-book arc, and then some new, horrible thing happens and it starts all over again. But, I have a sense of where they’re getting to at the end of each book.

How do you keep long-running series like The Lying Game and Pretty Little Liars fresh? Do you ever get sick of writing about the same characters?

That’s hard. I’ll come up with a scenario, and then I’ll be like, ‘Oh, no! Wait a minute; that happened to Hanna in book four, or whatever.’ It’s definitely getting harder. I’m revising No. 14 right now; you know, that’s 14 books. That’s a lot of individual stories, because there are four main characters, and they all each have their own story.

I know them so well now; I know what their weaknesses are; I know their default desires and how each of them get in trouble. It’s all different for each of them, so it’s usually just a twist on that… But, I mean, I don’t see the series lasting for too much longer. It’s like, “These poor girls, what else needs to happen to them?”

For writers, a blank page can be paralyzing, yet you’re churning out multiple books a year. What are your top three tips to help other writers write more?

Well, I am a big outliner. For my adult book, The Visibles, I did not outline, and it took me two years to write because I just didn’t outline and I had no path. The other thing is, because I have really crazy deadlines, I have to write everyday. So, I can’t just sit there and stare at the page. So what I usually do is, I write something. Even if it’s bad, even if I go back later, and I’m like, “This is such a bad chapter, and I’m going to have to revise it,” having words down is better than having nothing, for me anyway.

Again, it’s sort of like a guideline. The other thing that I do, too, is if something isn’t quite making sense to me, or if I’ve written a chapter and I know it’s not good, I don’t continue to sit at my desk. For example, I’m a big runner; I like to run five, six miles every day. So I will go running, and lately I consider it part of the process, because while I’m running I actually get ideas. I don’t even really do it for fitness anymore.

How were you able to get both Pretty Little Liars and The Lying Game optioned as TV shows?

That is the brilliance of Alloy Entertainment. Gossip Girl was one of their [shows], and Vampire Diaries, so they have a lot of ties with TV. When [Pretty Little Liars] sold in 2005, there was some talk that it was going to be developed for TV, and I got kind of the big head about it. I was like, “It’s gonna be on TV!”, and then nothing happened for a long time, and I just kinda felt foolish.

So I wrote eight books in five years, and Alloy came in and said ABC Family is developing a script, and they’re going to shoot a pilot. So I was really surprised, because I just thought it was one of those things that came up and then never surfaced again. So that was really exciting, and they got a great crew of people to work on it, and I really love the show. The Lying Game being on TV sort of, I think, came on the heels of that because it was like there was one mystery that worked for ABC Family, so they wanted to try another one.

Have you been satisfied with the shows, or do you feel that some of your creative vision was lost in translation to the TV screen?

With Lying Game, I guess so, although I think it’s a good show, and I think the characters… I think that still feels like the vision. The concept is different, and that’s a little bit sad. But I don’t know if it would have worked for TV anyway, so maybe that’s a good thing. It might have been a total disaster, because in the books there’s a character who’s dead, and she’s the narrator, and that might have been silly doing it on TV.

I don’t know, but Pretty Little Liars I’m really satisfied with. Pretty Little Liars more sticks to what the books are. They take their own liberties, and sometimes their ideas are just great. Sometimes I’m like, “Oh, why didn’t I think of that?” So that’s always really fun. But, I mean, it’s just pretty amazing to see it on TV at all. Even if it wouldn’t have lasted a season, it still would have been this pretty incredible thing.