Way, way back in 1995, when the first dot-com domain name was celebrating its tenth birthday and the World Wide Web was still an incredibly young four years old, the Internet was truly unchartered territory.

But for Ryan Schreiber, then a 19-year-old record store clerk, it was the perfect Petri dish for a new music experiment. With no publishing or writing background, Schreiber took to the net and created an online shrine to the indie bands he loved, cold-calling record labels to secure artist interviews.

“I was calling up labels out of the blue like, ‘Hi I have this music magazine on the Internet,'” Schreiber said, “and people were like, ‘On the what?'”

Pitchfork‘s early years were scrappy and shaky, but the site has solid footing now and is widely regarded as one of the most authoritative voices in the industry. Today, Schreiber has an entire editorial crew and a bevy of contributors to assign and write reviews but, with 99 percent of his workday dedicated to finding the next indie music sensation, he still has the best job in the world.

Going back to when you first launched Pitchfork, what was on your mind when you decided to break out and do your own thing?

Well, a friend of mine had introduced me to the Web pretty early on, around ’94. So I had been on it for a while by the time that I started Pitchfork, and there was just not really a lot out there for independent music. There were not a lot of music publications or anything like that online, but especially for independent music it was really just a blank slate. And I had always been interested in publishing and music writing and criticism.

I read a ton of music magazines at the time — I just consumed them voraciously — and it seemed like it would be kind of a fun experiment. It was the height of 90’s ‘zine culture at that time too, so there were all these sort of DIY fan-zines floating around. And it just seemed really manageable to do something like that on my end. So, I just started writing. I started a Web page, and from there I started to try to get interviews with artists through reaching out to record labels.

When did you know that you had something big?

I guess at the point where it felt like it was starting to be realistic for me to make a living off it was probably around ’99 or so. We had, especially comparatively, a really tiny readership; it was maybe something like 2,000 readers a month or something. But at that point it had sort of become, in this very, very small, niche way, the main, online resource for independent music.

So, I felt like maybe I could start to experiment with advertising or something like that. And I was done trying to make ends meet in other ways and really wanted to find a way to make it work. So, I essentially started calling labels and local businesses asking if they would want to advertise for a very small amount. Eventually I got some takers.

The Internet is a lot more crowded than when you first started. How do you keep Pitchfork relevant and distinguishable from the competition?

It’s just a grind, basically. The way that we keep it running and keep it interesting to us is just continuing to really engage with and dig up all forms of music. But there are also so many people working on Pitchfork now that it’s great, because a day in the office is people throwing around, “Oh, I just heard this; check this out,” “What do you think about this?” There’s a lot of conversation going about current music and, by current, I mean what’s come out that day. So, it’s a fun environment for us all to work in.

Besides the core, full-time staff at Pitchfork, there’s also a whole extended family of contributors as well, and they also kind of suggest things. They’ll pitch track reviews and things like that, or album reviews. So, for me and Mark Richardson, who’s editor-in-chief, and our entire editorial team, pretty much 99 percent of our days are spent listening to and discussing music.

So it really comes down to that. It’s something that you live and breathe and it’s what we’re super passionate about, so it’s just a matter of staying current and loving what you do.

What two pieces of advice would you give to a blogger or entrepreneur who is interested in starting an online venture?

Distinguish yourself. Make sure that your voice is independent and unique and that your opinions on your subject vary from the other voices that exist in that field and that your area of expertise is specific to you, and you’re not just out there covering the exact same things that everybody else is in the same way. Just be unique and have an independent voice.

And the other thing I would say is to be willing to put in the work for a long period of time for just the love of it. Today, more so than any other time, it seems really difficult to make a living in the media, especially in the music media. It’s just so crowded, and at this point the publications that are really able to establish themselves are the ones that are the most passionate and the most relatable. I find that the publications I tend to connect with most are ones that are, in many cases, written by a single voice, somebody who has a really interesting viewpoint or perspective.

You didn’t have any previous writing experience when you started Pitchfork. So do you think passion is more important than skill or experience?

No, I don’t think one is more important than the other. They’re both really important. The fact that I didn’t have any experience was definitely not an asset to me when I started. In a lot of what I wrote at that time, you can really tell that [writing] was not something that I really had a firm grasp on at that point.

So both of those things are key. I think, at this point, you need both of those to establish yourself, but I do think that passion is maybe slightly more necessary than skill because people are open to a certain amount of amateurism on the Web. As long as you’re getting your point across and doing it in an interesting way, you don’t necessarily need to be technically a perfect writer. You can just be an enthusiast who is able to communicate in a reasonably relatable way, and in many cases that’s enough for people.

A positive Pitchfork review is a really big deal to an artist, and you’ve been credited with breaking several big names. Which of your reviews has been the most controversial, and why? And which one are you the most proud of?

I would say the review that has been the most controversial was our review of Jet’s “Shine On” in 2006. To this day, it’s probably our most popular review, which is funny because there’s no text. It was just a rating with a YouTube video of a monkey drinking its own piss. [Laughing] That got a lot attention. It’s such a bizarre and funny video, and it’s such a strange thing to see, that the sort of bewildering qualities of this video were, in itself, sort of an early form of viral activity.

So, it’s kind of interesting to me that it was responded that strongly to, and it’s also one of my favorite reviews, too. To pick a favorite review would be so, so difficult. I feel really lucky to work with so many people whose talents I really admire and who, at the end of the day, I feel are some of the best people working in this field. So as far as favorites go, it’s just so difficult to choose.

Most of the major music magazines, like Blender and more recently Spin, have folded partly due to the explosion of music information online. Do you think a purely music magazine can still survive in print?

I think if you’re going to be able to do a print publication that works in 2013, it has to really take advantage of that format, and the things that that format offers that are much more difficult to execute on the Web are having really expansive, beautiful layouts for your articles and features and making it feel like a desirable object. So, I think publications like Fader and Wax Poetics potentially could sustain, because they look great and the writing is really good.

And those are publications that also have a little different approach. I think that a lot of publications tend to go with formula so often, and both of those publications tend to break a little bit from the norm. It used to be that when you picked up a music magazine in, like, the 90s there was all this cheap, chintzy content thrown in there and goofy sidebars and just sort of filler, almost. And it’s really just not an option anymore.

I feel like if people are willing to make an investment in a music magazine — or in a magazine of any sort, currently — they want something that feels substantial and feels significant. It’s not a joke. It’s a real thing. 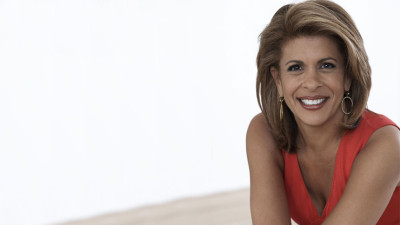 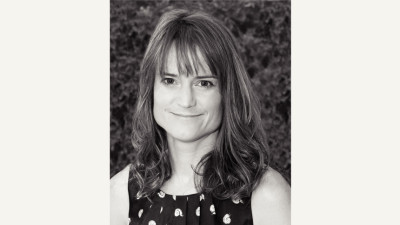