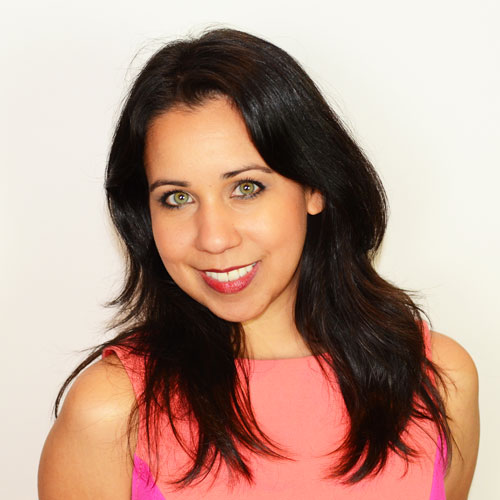 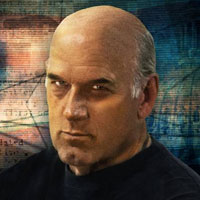 Jesse Ventura has never been one to mince his words. The Vietnam vet turned pro wrestler turned governor of Minnesota has been openly critical of, among other things, the nation’s two-party system, organized religion and the mainstream media.

He’s also proved to be a staunch supporter of gay marriage and the rights of Mexican immigrants who cross the border without documentation. These and other hot topics have been tackled in his books, radio shows and now via his Off the Grid online show on Ora TV, which Ventura actually films “off the grid” in Mexico. His new sounding board seems to be working for him. In just one month of the show’s January launch, viewership reached 1.3 million.

Of the show, Ventura says, “I report the stories that need to be heard. Not the ones that a corporate sponsor wants you to hear.” Recent guests have included Edward Snowden’s legal adviser, Ben Mizner; Thomas Andrews Drake; and Ron Paul. Ventura says he aims to give his guests the floor so they can “convey their message without interruption or interrogation.”

Here, Ventura talks more about his show, his disdain for network TV and his much-talked-about run for presidency.

How does Off the Grid differ from other shows you’ve worked on, such as Jesse Ventura’s America on MSNBC?

Well, this program differs in the fact that in my short-lived time at MSNBC of about four weeks—even though they paid me huge money for three years—all the topics came from upstairs. In other words, they were channeled down to the people on TV and that’s what you talk about. For Off the Grid, the topics come from me. And I don’t answer to anybody. It’s whatever topic I want to discuss that particular day. Even if something else is scheduled, I can change it right now. So it’s truly the freedom that I’m granted with Off the Grid. Plus, I don’t fall under the FCC here [in Mexico]. I’m not a big person that swears, but you have that freedom of speech when the FCC’s not involved.

So how would you describe the format of the show?

I’m not Larry King, you know, and I made that clear. Larry King, to me, is one of the greatest interview guys on the planet; he’s been that for decades. I’m not him. I’m not an interview person. I’m actually better being interviewed than I am doing the interview. I like being on the other side. So, my show has the command central, which is [my producer] Alex Logan back in what I refer to as East Berlin, the United States, the lockdown country, and so Alex will make statements [about various issues] and actually question me [about my views on those topics].

We also do whole shows just on interacting with our fans [in a series called] ‘Ask Jesse.’ They ask me questions, whatever they wanna ask, and it’s all off the top of my head. And I give them an honest answer as best I can give it at that time without doing any research on it.

We do four shows a week. It’s on every Tuesday through Friday on Ora.tv at 3 p.m. Eastern, and of course because it’s the Internet, you can pull them up any time of the day you want to watch them. You know, that’s the great thing about the Internet, is the personal convenience for the person who wants to view the shows.

How did you end up on Ora TV? Why this platform?

My last book tour in the United States was not overly successful because I was pretty much blackballed by NBC, CBS, ABC, Fox News, MSNBC. I have a difficult time now gaining an audience there because they won’t put me on, and so Off the Grid is my way of combating them.

They can’t control me now. I can do my own show and people can listen to me and hear what I have to say at their convenience. It’s been a Godsend for me. I thank Larry King from the day we met doing an interview on my book tour when he told me about Ora.tv.

Why do you think the major networks have ‘blackballed’ you?

Tell me about the topics you cover on your show.

I cover whatever happens to be on my thought process for the day. I certainly try to be timely. I certainly love to attack the Democrats and Republicans and their political system of bribery that they’ve created. And I’m trying to wake up America to the fact that we need to abolish these two political parties because, George Washington, Thomas Jefferson and John Adams warned us that the downfall of America would be when political parties take over the government. I think we’re there.

I will also talk on topics that I think are relevant to the United States, like immigration and things of that nature, and our constant going to war. If we wouldn’t spend all our money on war, like [with] Iraq, we would have more money for [things like] healthcare than we could ever imagine.

I just try and keep [the interviews] timely, try and keep them humorous, and you know, I throw in my brand of entertainment. My focus is to entertain. My focus is to perform. If you go back to my wrestling days, I could do a three-minute interview; here, I can do a 10- to 12-minute interview on a particular subject. The only thing missing is Mean Gene. Do you know what I’m talking about there? ‘Mean Gene’ Okerlund used to be the announcer on wrestling who would stand there and hold the mic while I’d talk.

One of your most-viewed interviews was with former New Jersey Superior Court Judge Andrew Napolitano. Why do you think that conversation was such a draw?

Well, because, No. 1: Judge Napolitano and I are good friends. No. 2: politically, we think very much alike; we’re not very adversarial. You know, we’re pretty much down the line with each other on how we think. We’re libertarians, small ‘l.’ And I like to do the interviews, really, where they’re more conversation-like, not where I’m grilling someone. The key to doing an interview is to allow your person to talk. That’s why you have them on, to let them talk. I get plenty of time where I get to talk. So when I get someone like Judge Napolitano, I like to step back a little and hear what he has to say, because that helps me. I learn from that.

I actually learned a great thing the other day watching TV, from Nancy Grace. On gun control, where she confronted Piers Morgan and said, ‘I’m sick of you Brits talking down to us about gun control when you’re the reason we have guns.’ The British soldiers would invade our houses; that’s why we went to war with them. So who are the Brits to tell us about gun control when they’re responsible for it? I thought she was wonderful, and I didn’t think I’d ever be able to quote her, but I’m glad I can.

So is there any truth to you running for president in 2016?

You never say never. I don’t really have an intention of doing it, and if I did do it, I’d have to do it my way. And that would require an extreme grassroots movement. I don’t think the country’s prepared to make that type of sacrifice. If they were, and I felt that they were ready for it. See, my demon inside me, I have a demon inside me, too, and the demon rears its head occasionally and always says to me, ‘If not you, then who?’ You follow that?

Yes, and so hypothetically, what party would you run under? You used to be a Reform Party candidate.

I think people are that offended and that disgruntled over these two parties right now. They should have all been fired last fall when they allowed a government shutdown. Because if you’d have done that in the private sector, if you had a drop-dead date a year from now to finish a project, and if you got to that drop-dead date—which they knew, October 15, whatever it was—and you didn’t have the job completed, I can guarantee you in the private sector you’d be fired.

What do you think of the media’s coverage of political issues?

It’s horrible. Well, the problem with our media today is this: the downfall of the American media, believe it or not, was the show 60 Minutes. It was a terrific show, at least it used to be. I don’t watch it much anymore, but it was, at one time, phenomenal, investigative reporting. Here’s why it was the downfall: Because 60 Minutes shot to No. 1 in the ratings, and then the bean counters realized, ‘Wait a minute, you mean we can make money with the news?’

The news has morphed to the entertainment division. They spent more days covering the death of Anna Nicole Smith than they did the death of John Kennedy.