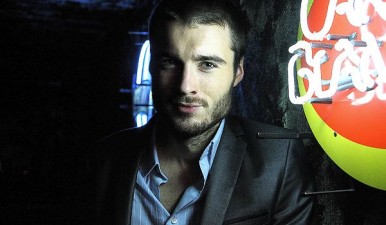 mediabistro.com recently spoke with Cashmore about the evolving nature of the site, his reaction to incessant coverage of himself in tech blogs, whether online media outlets should impose pay walls, and if he thinks MySpace will ever bounce back. Pete Cashmore is founder and CEO of Mashable, one of the largest blogs in terms of audience.

Born in Scotland, Cashmore spent some time in the U.S. and now runs Mashable from the U.K. Founding the site was pretty much his first job, as he worked as a Web consultant for a short time beforehand. The site’s mission is to be “the social media guide” and cover all things social media.

Name: Pete Cashmore
Position: Founder and CEO, Mashable
Resume: Was involved in Web consulting prior to starting Mashable in 2006 from his bedroom in Scotland. He was 19 at the time.
Birth date: September, 1985
Hometown: Aberdeen, Scotland
Marital status: Single
Favorite TV show: “At the moment, Top Gear.”
Guilty pleasure: “A glass of red wine from time to time.”
Last book read: “Currently reading The Social Media Bible [by Lon Safko and David Brake].”

Tell us a little bit about the background of Mashable. How did the site start? Was there something that sparked the idea?

I just was really passionate about the space, and wanted to get involved, and I felt like social networking wasn’t being covered to the degree it could be. I was of the age group that uses those social networking [tools]. I felt like I was in place to cover it. It was personal interest. I didn’t necessarily know there was an audience for it.

How has the site changed and evolved since it launched? What are some of the big milestones that you are proud of?

I think we started off as focusing on social networking, and now we’re social media. We rebranded in January this year to be the social media guide, which is a bit more holistic: looking at the whole spectrum — how tools like Facebook, Twitter, YouTube are affecting media [and] society.

Obviously when it started out nobody was really sure that blogging was going to take off or come to be anything, or be something that would make people money. In 2006, we did our first ad deal. It was only a few thousand per month, but it kind of legitimized blogging as a business. Selling a first ad legitimized that this may go somewhere — this may actually work.

Has Mashable shifted more to “mainstream” coverage as opposed to more detailed ins and outs of the social media/tech world?

I think it’s always been true that Mashable is more consumer-facing. It’s always been about, “How can you, as a Web user, work with these tools?” It was always speaking to the user directly. I think that’s been a common thread throughout. When you compare [Mashable] to old school tech magazines, we certainly say we’re more focused on the user and the utility for users. For example, we don’t cover things like funding announcements. We focus on the user.

What about the reporting process at Mashable? How do you decide what to cover and how to cover it?

That’s always our focus: “How is this useful to the reader,” and, “How may they get utility out of this tool?” Obviously we want something that is accessible to our reader’s base. We want it to be of interest. As I’ve said, “It has to be good.” People say, “How do I pitch Mashable?” We’ve actually done a few posts on how to pitch Mashable. But really, we go to the site, try it out, say, “Hey, is this good or useful to me?” and if it is, we write about it.

Mashable also focuses a lot on how social media is used within charities and nonprofits. What are some of the ways these organizations are using social media with success?

We’re currently doing a three-month campaign to raise awareness and funds for causes. With Social Good, we picked these four causes that we’re using tools to raise money for. I think our interest has always been there. We’re working with the Humane Society, Oxfam, the WWF and Livestrong. In terms of examples, [for] Thanksgiving last year, there was Tweetsgiving. Twestival this year raised $250k.

Ashton [Kutcher], when he hit 1 million followers [on Twitter], he gave away malaria nets. There are lots of examples of using social media for a cause. It’s good for visibility. There are no major barriers. People are happy to pass along that message.

Gawker Media’s Nick Denton recently told Advertising Age, “original reporting will be rewarded” in terms of reporters for his sites. He hinted that it’s not enough just to aggregate and provide opinion anymore, because now everyone is doing that on their Facebook feeds, Twitter, Tumblr, etc. What is your take on this?

Valleywag and other gossipy blogs have focused on your good looks and appearances at parties. Do you read those posts? What is your take on that?

What will “traditional” media outlets have to do to survive in the social media age?

There are multiple, multiple strategies. It really depends on what [your] audience is. If you’re local, you have to be focused on local — and you’re in the best position to bring in unique stories from that community. Buckle down and become the hub of local news. National news is more challenging because news is becoming more commoditized.

The role for them is multi-faceted in terms of obviously, well, forget about the distribution model. The distribution model will be the Web or whatever device people are using. But the standards are the same. We still need people digging into stories. Really, very little has changed, just the distribution model is different. Obviously, they need to figure out blogging, short-form writing. There is no point in writing like the pyramid anymore. You have to write the story in three paragraphs.

Also, there has to be a place as well where they can have a role and understand a place for blogs in the middle. A good example of that is iReport, where CNN is trying to source stories from the community. It’s not always correct info, but things like that are, while risky — it’s riskier not to try stuff like that. And tolerate the fact that not all will be 100 percent accurate.

It comes back to curation: You’re not always going to be source of story, but is there a way for you to curate content that is coming from [the] community? They need to become both sources of news and curators of community-sourced news.

Many media companies are now reverting back to, or considering pay walls for all of their content, even online. Where is this effective and where is it not?

It’s a very challenging setup. We’ve yet to see if it works. I’m dubious to see if it works. Ultimately the challenge on [the] Web is that there are so many sources of content that by locking up yours, you drive people elsewhere. Content is not a scarce resource; attention is a scarce resource. If you put [up] barriers, they will go elsewhere. In the vast majority of cases, a pay wall is a hindrance. We should be focusing on how we [can] make ad models that are more engaging rather than push readers to other sites.

“All” is a general term. There is always going to be fragmentation. Facebook will be a big player in the identity market, because it is tied to your real name, and that is very important.

Where do you see Mashable one year from now?